Byron Farwell, in his very readable biography of Burton, found very few traces of Burton in Trieste when he visited it.  Whether or not that was true in the 1950s, it is not true now.  There is for instance a Via Sir Richard Francis Burton

Above, according to Mick Walton, "a plaque - now lost/stolen - placed outside the Hotel Obelisco/Daneu's by an insurance company in 1872 to commemorate the centenary of Burton's arrival in Trieste.

The villa that was Burtons' private residence while he was British consul in Trieste is still there, though it has been greatly modified and is now known as the "Villa Economo", converted to apartments.

Another view inside the Villa Gosleth (Udo Koehler). 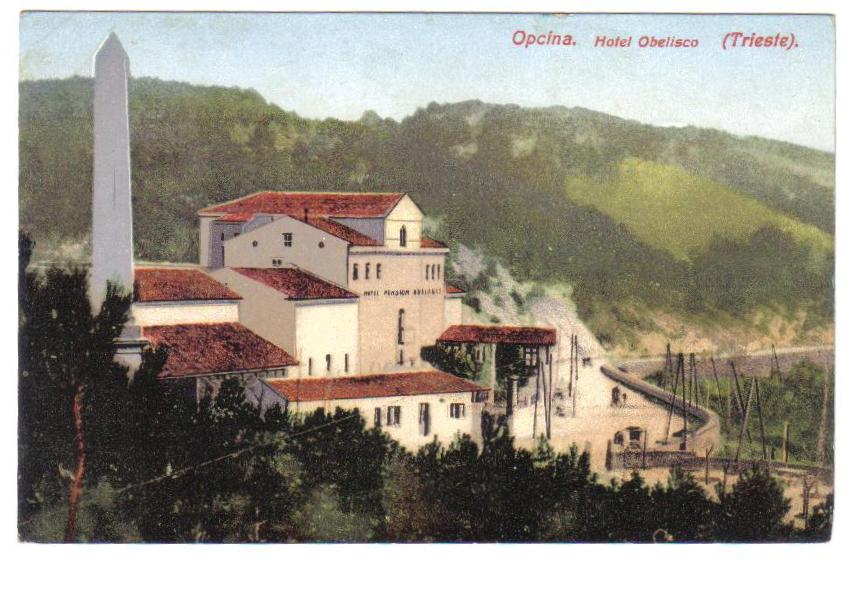 Burton often visited a resort in Opcina, shown above in an early postcard, to 'recuperate'.

Below, Burton's death was noticed in Trieste at the time (click to enlarge).

Many thanks to Mick Walton in Trieste for providing these images.