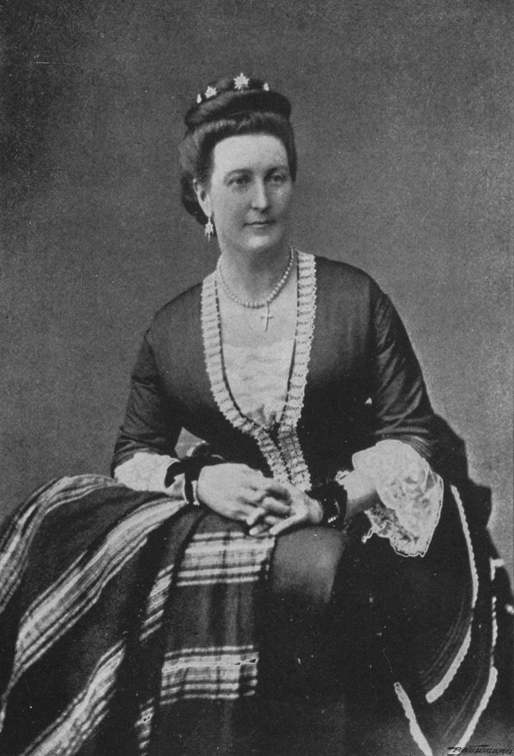 Burton, Isabel, Lady 1831-1896, wife of Sir Richard Francis Burton [q.v.], came of an old catholic family. Her father was Henry Raymond Arundell, a lineal descendant of the sixth Baron Arundell of Wardour. She was thus able to claim, while living at Trieste, the rank of GrÃ¤fin, in virtue of her descent from the first Baron Arundell of Wardour, who had been created an hereditary count of the Holy Roman Empire. Her mother was a sister of the first Baron Gerard. She was born in London, at 14 Great Cumberland Place, on 20 March 1831, and educated in the convent of the Canonesses of the Holy Sepulchre, near Chelmsford, and afterwards at Boulogne, where she first met Burton in 1851, and forthwith formed a romantic attachment for him. They met again in 1856, from which time their engagement may be said to date, though it was never recognised by her parents. It was not until 1861 that she consented to marry him without their approval, and then only after she had obtained a dispensation for a mixed marriage from Cardinal Wiseman, who was made acquainted with all the circumstances of the case. They were married at the Royal Bavarian Chapel, Warwick Street, on 22 Jan. 1861, the ceremony being performed by Dr. Hearn, the cardinal's vicar-general, in the necessary presence of the civil registrar. Henceforth she shared her husband's life in travel and in literature so far as a woman could. She became his secretary and his aide-de-camp. She rode and swam and fenced with him. When Burton was recalled from Damascus he wrote to his wife the following laconic note: "Ordered off; pay, pack, and follow." Except in the case of "The Arabian Nights," she was usually her husband's amanuensis, and saw many of his books through the press. He encouraged her to write on her own account. "Inner Life of Syria" (2 vols. 1875; 2nd edit. 1879) and "Arabia, Egypt, India" (1879) are mainly her work, with contributions from her husband. Her name also appears as nominal editor of his "Camoens," and as author of "The Reviewer Reviewed" appended to vol. iv. The method adopted for issuing "The Arabian Nights" to private subscribers was devised by her, and she deserves all the credit for its financial success. Her own "household" edition of the work resulted in loss [see under Burton, Sir Richard Francis].

At Trieste one of her chief interests was to manage a local society for the prevention of cruelty to animals. Lady Burton's constant efforts to further her husband's career, in the press and through semi-official channels, were not always judicious. She regarded him as the greatest and least appreciated Englishman of his time. He requited her devotion by extending to her absolute confidence, such as no male friend obtained from him, though even to her he did not soften the angularities of his character. During the last years of his life she proved herself a devoted nurse. After his death she lived solely for his memory. She took a cottage close to his tomb at Mortlake, where she was glad to receive his friends. All her time was spent in writing his biography, and in preparing a memorial edition of his works. In this duty she would accept neither assistance nor advice. Though partly based upon autobiographical reminiscences dictated by Burton himself, and also upon his private journals, her biography (2 vols. 1893) was not admitted by his surviving relatives to be the true story of his life. The glamour which tended to distort her vision is yet more marked in her own autobiography, which was edited by Mr. W. H. Wilkins in 1897. In 1891 Lady Burton received a pension of 150l. on the civil list. She died on 22 March 1896 in a house in Baker Street, which she shared with a widowed sister, Mrs. Fitzgerald, and she was buried by the side of her husband in the mausoleum tent in Mortlake cemetery.

1875. The Inner Life of Syria, Palestine and the Holy Land.

1900. The Passion Play at Ober-Ammergau.

"Celebrities at Home, No. XLIV.  Lord Houghton at Fryston Hall"
by Isabel Burton
The World 20 June 1877.
Attribution in James Pope-Hennessy, Monckton Milnes: The Years of Promise (1955): 84.

Isabel also wrote many letters to various journals and newspapers, at least some of which were partly or wholly by Richard Burton himself.

Burton's letter to his father in-law, breaking the news
of his engagement to Isabel.