"Our moonshee", from "Curry and Rice on Forty Plates"
by George Atkinson, 1859.  An accidental resemblance to Burton? 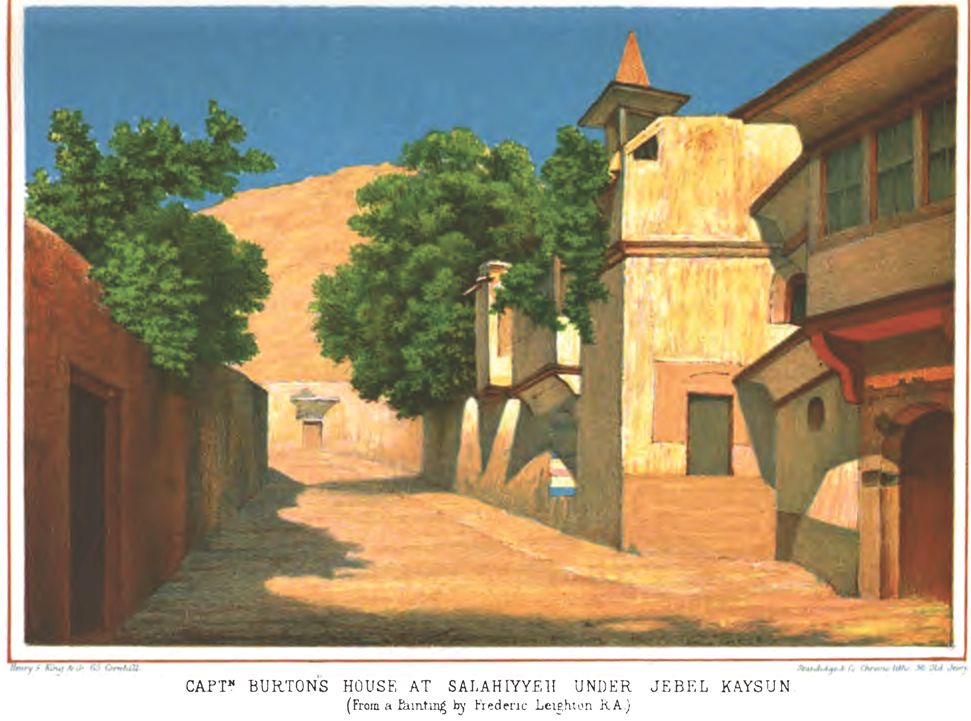 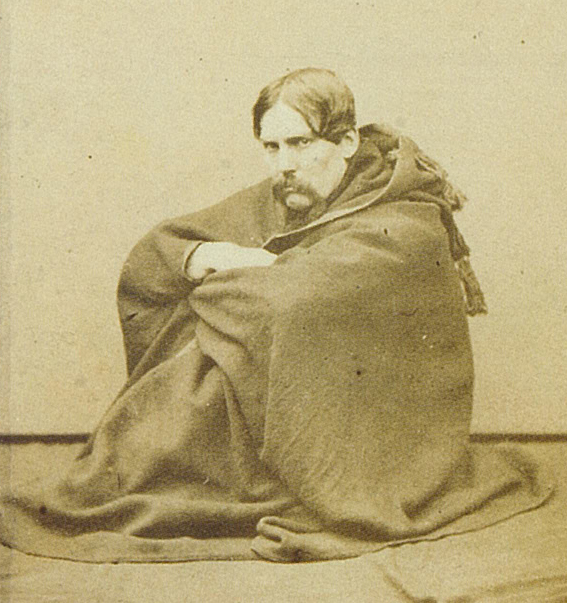 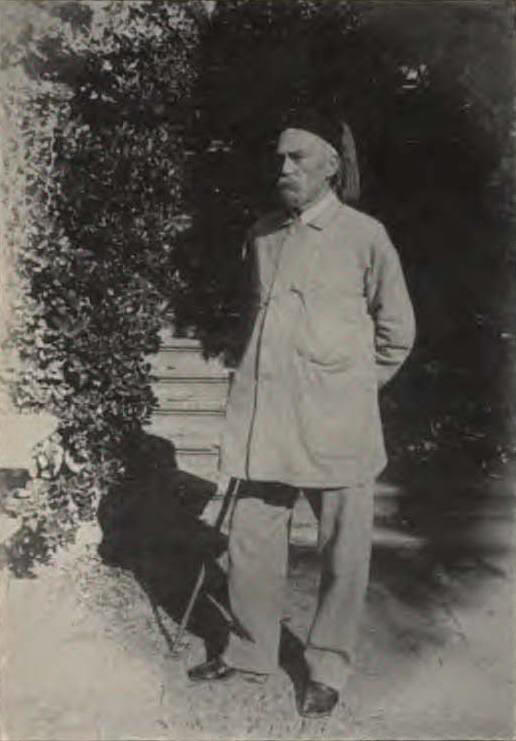 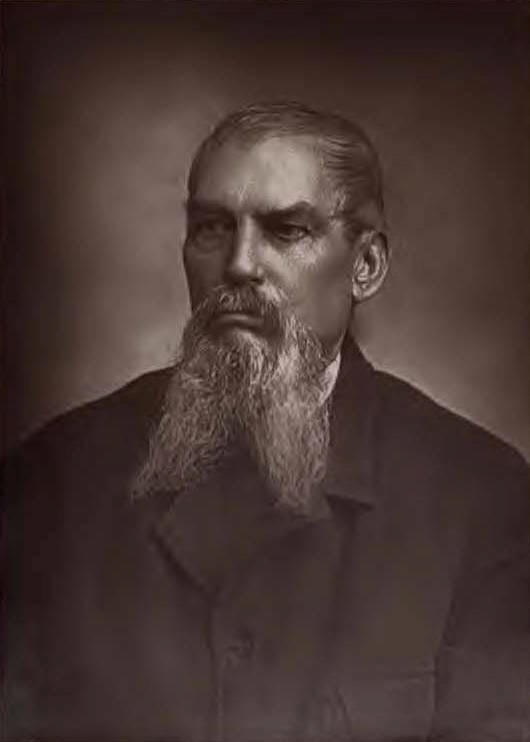 The most recent study by James Newman Paths Without Glory: Richard Francis Burton in Africa, was published in 2011 .

Useful summaries of Burton's overall career are provided by his Dictionary of National Biography entry, and his entry in the famous 1911 edition of the Encyclopedia Britannica.

The primary source of information about Burton's early career is is his autobiographical fragment, first published as a postscript to Falconry in the Valley of the Indus (1852).  This provides much of the mysterious air which surrounds his early career in the Army of the East India Company, since he intimates that he operated undercover, perhaps as a spy.  No independent corroboration of these claims has ever surfaced, but they feature in most mentions of Burton.  Also useful are first-hand reminiscences, many of which are listed below.  See for example the first reminiscences by his niece Georgiana Stisted from Temple Bar July 1891.

Burton has been the subject of a dozen or more biographies, several of which are available here in full.  Despite its many flaws, the foundation of these is his wife Isabel Burton's worshipful two volume Life, which contains one long and one short autobiographical fragment by Burton (repeating the Falconry fragment noted above), and is again the only source for many of the stories which surround Burton.

The most important archival biography is Mary Lovell's A Rage to Live (1996).  Jon Godsall's important biography of Burton, The Tangled Web (2008). is a useful dose of skepticism. Byron Farwell's crisp Burton (1963) is the most balanced and critically detached. Fawn Brodie's speculative psychobiography, The Devil Drives (1967) is very readable but has not aged well.  All biographies of Burton should be read skeptically as many of his biographers tend to accept the stories that surround his life uncritically.

186xx. Anonymous, Biography of Captain Burton Taken from 'Photographic Portraits of Men of Eminence in Literature, Science and Art, with Biographical Memoires by Ernest Edwards, B.A.; from 'Extracts from the Press'; and 'The Anglo-Brazilian Times' of October 1865.
Privately printed (no place or date).  pp.8.

Richards, Alfred Bate.
1880.  A Sketch of the Career of Richard F. Burton.

Richards, Alfred Bate; Andrew Wilson and St. Clair Baddeley
1886.  A Sketch of the Career of Richard F. Burton (2nd edition). London, Waterlow and sons.
The Bate Richards material is unchanged from the first edition of 1880.  Richards knew Burton at Oxford.

Hitchman, Francis.
1887.  Richard F. Burton 2 vols.   London.
The first life, written partly with Burton's own cooperation, which was withdrawn after he became dissatisfied with the results.  Much of volume 1 was simply reused by Isabel in her Life, e.g. the description of Burton's Crimean campaign.

Burton, Isabel.
1893.  The Life of Sir Richard F. Burton. 2 vols.  London, Chapman and Hall.
A primary source for many of the Burton 'facts'.

Wright, Thomas.
1906.  The Life of Richard Burton.  2 vols.  London, Everett.
Notorious for accusing Burton of plagiarizing Payne's edition of the Arabian Nights.
Has many anecdotes collected from Burton's contemporaries not available elsewhere.

Dodge, Walter Phelps
1907.  The Real Sir Richard Burton.  London, T. Fisher Unwin,.
Written as a defense of Burton, but introduces nothing new and makes several minor errors of fact.
Not worth bothering with.

Hastings, Michael
1978.  Sir Richard Burton: a Biography. London, Hodder & Stoughton.
Emulates Farwell in its critical distance from its subject.  Has the least tendentious treatment of the Nile controversy.

Lovell, Mary
1998.  A Rage to Live. a Biography of Richard and Isabel Burton  New York, Norton.
The best archival biography.  Considerable fresh material.  An attempt to rehabilitate Isabel (this part fails to convince).

Hale, Richard Walden
1930.  Sir Richard Burton, a footnote in history. Boston, A. C. Getchell.
Reminiscences from the Dana family, with whom Burton shared a coach on the route to Salt Lake City.